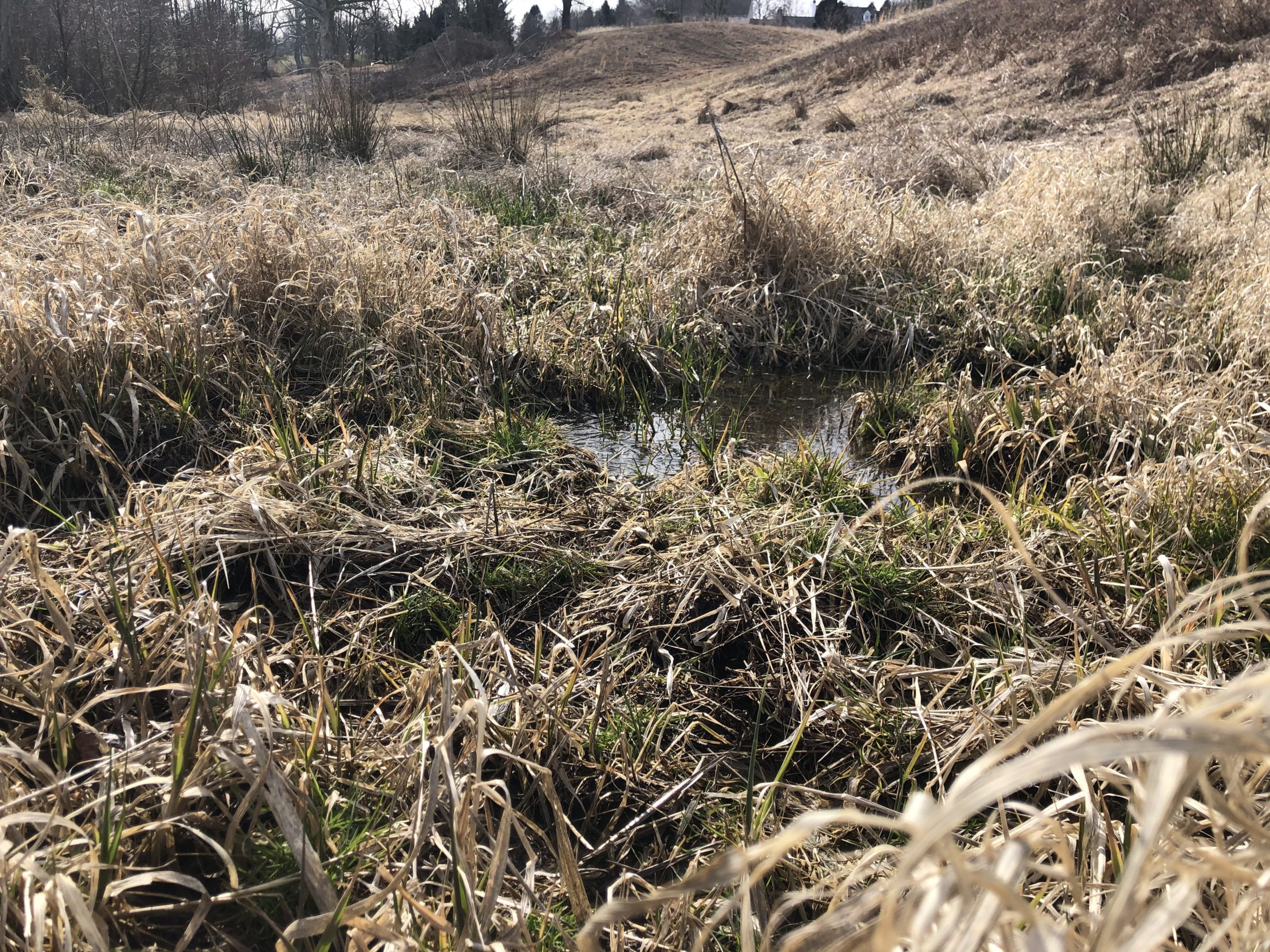 At 3-4 inches in length the federally listed threatened bog turtle may be considered America’s smallest turtle.  However, for the unwary developer this tiny turtle has the power to stall construction projects in Pennsylvania, New Jersey, Delaware, Maryland, New York, Connecticut and Massachusetts.

If your project contains wetlands or is adjacent to wetlands that are known to support bog turtles (which can usually be determined with assistance from the U.S. Fish and Wildlife Service), measures must be taken to avoid impact to the turtles.  This often means establishing a set off between the turtle habitat and the project areas.

If your project contains wetlands or is adjacent to wetlands which are not known to contain bog turtles the developer must, in most cases, still take action.  The first step is to conduct a Phase 1 habitat survey, which determines whether or not the wetlands contain potential bog turtle habitat. Generally speaking, ideal bog turtle habitat consists of a spring fed area, with low grassy vegetation and sunny patches for basking.  The Phase 1 survey can be completed any time of year, provided that snow/ice, drought or flooding conditions don’t obscure the habitat.

If the Phase 1 survey identifies potential bog turtle habitat, then a Phase 2 survey is required so long as that potential habitat cannot be afforded a 300‐foot buffer from proposed development. This is where things get tricky for the unwary developer. The Phase 2 Survey must be performed by a Qualified Bog Turtle Surveyor between April 15 and June 15.  In the Phase 2 survey, the Surveyor searches the potential habitat for the turtles themselves.  The Surveyor must assess the site for the presence of bog turtles a minimum of four (4) times per wetland.  At least two of these surveys must be performed in May (there are further restrictions regarding the air temperature and time of day that the survey must be performed).

The bottom line is that if you as the developer are required to perform a Phase 2 Survey but miss the April 15 to June 15 time period, the survey cannot be performed until the following year, and your project could be significantly delayed or modified.

We want to be your lawyers for the lifetime of your business – not just one case.